Acidic cannabinoids like cannabidiolic acid have recently been gaining traction due to new studies showing their improved benefits over other decarboxylated forms (e.g. CBD). CBDA has typically been associated with the raw form of hemp oil, but with new technologies developed at Natural Dos, distillate level qualities are slowly becoming available.

Natural Dos produces a unique Natural Spectrum CBDA distillate that goes into all of our finished CBDA products.

What is a distillate? 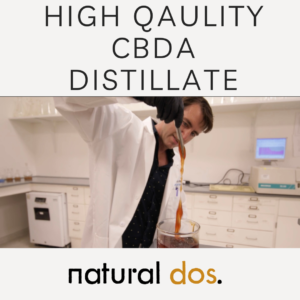 When hemp flower is first extracted, it is typically a dark colored viscous liquid that contains many other plant materials, such as wax, lipids, chlorophyll, and cannabinoids. This is termed a crude extract, and is then processed to remove most of the waxes and lipids, termed winterization. The next step is to purify the winterized crude into a high purity cannabinoid distillate.

Conventional purification commonly uses a process call short path distillation, where the crude extract is heated under a vacuum and the cannabinoids are boiled off into a separate container. However, because heat is used, the cannabinoids become decarboxylated, and convert from CBDA to CBD. This distillation is typically performed a couple times to produce a high purity CBD oil

CBD distillate got its name from the distillation process that is used to purify the crude extract.

What is CBDA distillate?

What should be in a CBDA distillate:

While this is not an exhaustive list, they represent some of the most common cannabinoids found in the hemp plant, and are what we typically see in our Natural Spectrum CBDA oil. The ratio of the different minor cannabinoids will depend on the hemp strain of the raw material.

How to find the best CBDA distillate

Any product with good full spectrum CBDA will have a complete CoA that lists its potency. Check the CoA of the CBDA product to make sure the testing results confirm that the amount of cannabidiolic acid listed on the label is matched by what the laboratory reports.

To understand how to interpret a CoA, check out our CBDA CoA guide post.

Natural Spectrum CBDA contains all the acidic cannabinoids found in a CBDA distillate, and has no impurities that are sometimes associated with poor manufacturing.

You will often see CBD products that are isolates, this means CBD was specifically isolated from the other cannabinoids to produce a pure, powder form of the cannabinoid. This makes it easier to control the dose, quality, and the most significantly the formulating process for making a product. It is easier to mass produce a CBD product if its in an isolate form.

Cannabidiolic acid (CBDA) isolate is similar to CBD in that it was separated from the other cannabinoids to yield a high purity powder or crystal. In a similar fashion to CBD isolate, CBDA isolate is easier for formulating products in scale, but does not contain the entourage effect of the distillate. 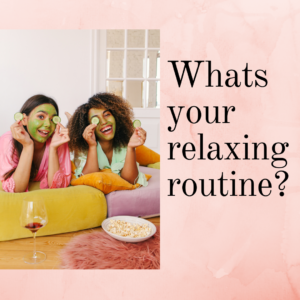 Research into CBDA is only starting to get noticed for its significant benefits to help treat a number of conditions. While CBDA does not have the scientific history as CBD due to the technical hurdles to purify it, it has started to gain traction as the technology to isolate it is coming on the market.

There are a wide variety of conditions that customers and researchers have been using and testing CBDA for:

A significant hurdle in the cannabis space is the poor absorption of decarboxylated CBD and other minor cannabinoids. It turns out that acidic cannabinoids, such as CBDA, have over 450% greater absorption than CBD. This means you can take significantly less CBDA than CBD and get a better result!

Multiple studies have evaluated the affect that CBDA has on nausea symptoms, and found that it had a positive effects in their tests to treat nausea. CBDA is a potent target of the 5HT1A endocannabinoid receptor, which has been implicated in symptoms of nausea. Multiple studies have now found in preclinical trials that CBDA treats nausea symptoms.

Plant based medicines to target inflammation, CBDA being one, are becoming more popular with consumers. Inflammation is a cellular response that is helpful for short term infections, but is extremely damaging to the body when it occurs over long periods of time. Most modern diseases are caused or associated with chronic inflammation, such as heart disease, cardiovascular disease, many cancers, and dementia.

Recently, CBDA anti inflammatory properties have been reported by multiple studies, specifically with its ability to decrease the expression of COX-2 (cyclooxygenase 2), a critical inflammatory enzyme. In studies of breast cancer cells, CBDA was able to decrease the amount of COX-2, which prevented production of pro-inflammatory compounds.

Chronic anxiety and stress can drain your energy, cause sleep disruptions, and put strain on your relationships. While everyone deals with stress and anxiety, for some people it can become a debilitating condition, and a medical professional should be consulted to diagnose the condition.

Hemp plant products are being used by many people as an alternative support for their anxiety and stress. Because CBDA from cannabis is new to the market, not as many people are familiar with its ability to support mental wellness. However, many people who try it are advocating for it since its benefits may be significantly improved compared to CBD.

CBDA activates 5HT1A receptors, which is a known regulator of serotonin, and a target of the SSRI (selective serotonin reuptake inhibitor) class of drugs. Additionally, because CBDA has such high absorption, it becomes much more cost affordable since a lower dose is needed.

What CBDA dosage is right for me?

We recommend 30mg to 50mg per serving to start, and go with the same dose for at least 3-4 days before deciding if more or less is necessary. Because CBDA is so new, we have to use studies on CBD to get a range for dosing amounts. Other studies have that taking CBDA on an empty stomach can improve absorption, so that may be an option for taking it when you wake up in the morning. For more information on the right dosing strategies, check out our CBDA dosage guide.

CBDA distillate is the new evolution of cannabis plant medicine. However, the FDA has not approved CBDA to treat cure or prevent any conditions. It has approved CBD for a limited number of medical conditions, such as epilepsy, under the brand name Epidiolex. We recommend that anyone taking CBDA should consult with their physician if they are on medications that may have drug-drug interactions with cannabinoids. 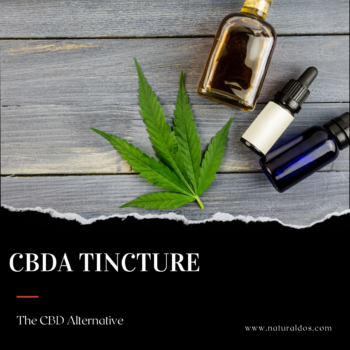 CBDA and CBGA - COVID19 and Beyond 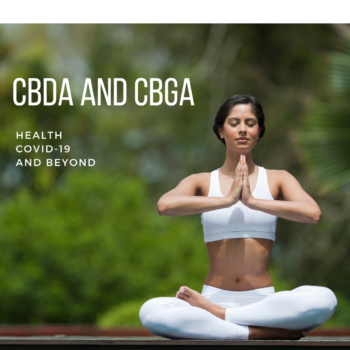