CBD is the most common hemp oil cannabinoid found in most hemp products, and is recognized to have minimal side effects.

CBDA (cannabidiolic acid), the mother compound of CBD, is more rare, and appears to have some similarities to CBD and some very unique properties.

How does CBDA stack up with CBD for boosting health and are there any side effects?

The side effects of CBDA

Cannabis plants, in this case hemp plants, and their extracted products have minimal side effects, and are considered safe for adults with a few minor caveats at higher concentrations. Side effects of CBDA are reported to be somewhat similar to CBD products.

Some common side effects of CBDA reported when taken at high doses:

While adverse side effects of CBDA are minimal, consult with your physician if you are taking high doses and are on other medications.

It should be noted that the FDA has not labeled products derived from hemp plants as “generally recognized as safe”, which is a specific designation used for ingredients that have been extensively tested in humans.

In clinical trials with high doses of CBD (1000mg to 2000mg per day), a subset of epileptic patients had elevated levels of liver enzymes. Elevated liver enzymes indicate potential liver damage, and are closely monitored in patients who take certain medications. This was considered to be from how drugs interacts with the metabolic processes in the liver.

A recent study in 2021 assessed 1475 people who take CBD, and assessed for changes in liver enzymes. In people taking low (50mg) to higher (200mg) amounts of CBD daily, there was no correlation with elevated liver enzymes. Of the 1475 people followed, only 2 had side effects that could be related to CBD (constipation and arrhythmia).

Cannabidiolic acid (CBDA) is the natural form of CBD found in hemp plants and marijuana, although at much higher amounts in hemp. There are over 100 different cannabinoids in hemp, most of which are acidic cannabinoids. In the hemp plant, tetrahydrocannabinolic acid (THCA) is also found, similar to marijuana, but in much smaller amounts (~0.3%).

The other more hemp acidic cannabinoid is cannabigerolic acid (CBGA), which is touted for it immune benefits along with CBDA.

The most widely known cannabinoids are cannabidiol (CBD) and tetrahydrocannabinol (THC), both of which are formed during the purification process for CBDA and THCA. This is the reason you mostly find CBD products and not CBDA products because the technology to isolate only acidic cannabinoids are still new.

Natural Dos has recently developed a new technology to isolate acidic cannabinoids, and unlock the power of these natural cannabinoids for health benefits.

How is CBDA different from marijuana

Cannabis plants have many different strains, but they all are within the same plant species. The difference between hemp and marijuana is the amount of THCA/THC found in the hemp flower. For hemp plants, the federal 2018 Farm Bill stipulates that they can not have more than 0.3% d9-THC by weight.

Below is a brief list of differences between CBDA, THC, and marijuana:

What are the benefits of CBDA 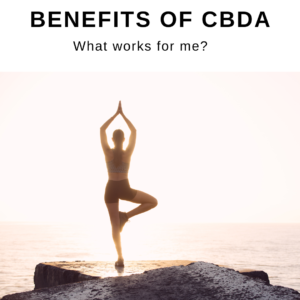 Many people are familiar with the benefits of CBD, but since CBDA is new, most people have not heard of the therapeutic potential of CBDA and acidic cannabinoids.

CBDA is mostly found in raw hemp products due to the difficulty in creating a pure acidic cannabinoid oil. At Natural Dos, we have just created a new technology that allows us purify the acidic cannabinoids to bring the health benefits of CBDA and its full Natural Spectrum oil in all our products.

CBDA benefits partially overlap with effects of CBD in that they interact with some of the same endocannabinoid system receptors in many parts of the body, such as the immune and brain cells.

Many clinical trials testing CBD oil have found that they need very high amounts to reach a clinically significant result. Depending on the condition and trial, the amount of CBD used can be from 200mg of CBD up to 600mg and even 2000mg in epileptic patients. These amounts can become cost prohibitive for many consumers.

CBDA enhanced absorption was found to be at least 450% greater than CBD! Recent studies out of the University of Sydney suggest that if CBDA is taken with other cannabinoids it may be over 10 times higher than CBD.

This means that you can take a much lower dose of CBDA than CBD, and get much greater health benefits than conventional CBD products.

One therapeutic potential of CBDA is anti inflammatory activity. This was found through a number of studies that assessed Cox 2 activity in breast cancer cells, and found that CBDA could inhibit its activity. Cox 2 is a critical enzyme in most inflammation diseases, such as arthritis, headaches, and chronic pain.

In fact, Cox 2 is a target for anti inflammatory drugs, such as ibuprofen and aspirin, which target it for inflammation.

Cannabidiolic acid CBDA was found to have anti inflammatory properties by decreasing Cox 2 expression in breast cancer cells as well. The research found this to be from targeting certain intracellular signaling proteins that controlled the expression of the Cox 2 enzyme.

Cannabis has long been used by many consumers to help with stress and anxiety, but what does the research say about the benefits of CBDA for anxiety and stress?

A number of studies have found that a significant target of CBDA is the 5HT1A receptors. These are known as serotonin receptors, which is a classical target for anti depressants known as SSRIs (selective serotonin reuptake inhibitors).

Animal studies found that CBDA reduced anxiety in a number of models, and that the mechanism for this action are the same serotonin receptors targeted by SSRIs.

Antioxidants play an important role in our biology, and provide critical health benefits. An under appreciated benefits of CBDA is its antioxidant capacity. Recent studies show that many cannabinoids have antioxidant scavenging properties, and may provide protection when cells are under states of excess free radical production.

Many users of Natural Dos CBDA report improved sleep, and feeling better rested in the morning.

Cannabis products have been widely used for sleep, and a number of cannabinoids have been studied for their sleep benefits, such as CBD, THC, and CBN. Because sleep is effected by anxiety and stress, therapeutic potential of a compound that can help alleviate those symptoms can also help with sleep.

Impact on nausea and vomiting

Nausea and vomiting can be caused by many underlying conditions, such as anxiety, and many environmental impacts like alcohol consumption and even chemotherapy.

CBDA has been shown in many pre clinical trials to decrease nausea and vomiting. While CBDA has not been approved by the FDA for treatment, CBDA therapeutic potential for nausea and vomiting is gaining significant traction among researchers as potent intervention for study.

How to find the best CBDA

To find the best cannabidiolic acid (CBDA), look for companies that sell their products with full Certificates of Analysis (CoA). These CoAs should be tested by a certified third party lab.

Natural Dos sells the first Natural Spectrum CBDA Oil tinctures, gummies, and breath mints. All of our products are tested by the an ISO 17025 certified third party lab, SC Labs.

The therapeutic potential of CBDA is just being unlocked as researchers are finding the many ways that it interacts with the endocannabinoid system and exerts anti inflammatory effects. The side effects of CBDA are still under investigation, but it appears to have similar effects of CBD products.

If you are on multiple medications we recommend speaking to your health care provider before taking CBDA products. 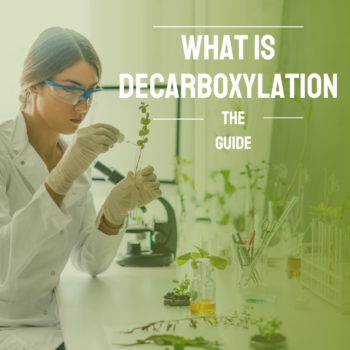