Stop Paranoia from Weed – What to Do

Did you take a marijuana edible with friends, and you now find yourself paranoid, afraid to talk?

Maybe you smoked too much, and instead of relaxing, now your shut in your room with anxiety.

Now your too scared to try marijuana again, even if it was helping with a medical condition before.

This happens more often than most people think, and can even occur in regular cannabis users.

WHAT CAN YOU DO?

Research and tips from consumers indicate that incorporating higher amounts of non THC cannabinoids, such as CBD or CBDA may help with paranoia symptoms!

How CBDA and CBD may help with paranoia and anxiety

With the increase in marijuana (weed) use across many states that have legalized it, new strains and breeding practices have produced flower with very high THC content. And with more people trying it, reports of anxiety and paranoia have started to surface with the increase in cannabis use.

In the past, when people use cannabis, its content was much lower in the amount of THC, and had a more even balance between the different cannabinoids. The average dose of THC was much lower, and the research suggests that the presence of non THC cannabinoids, such as CBD, may have helped even out the feelings that are associated with the relief that users were looking for.

Adding CBD or CBDA when consuming edibles or smoking may help prevent the onset of paranoia and anxiety.

In fact CBDA may have much greater effect on THC induced symptoms than CBD since it is absorbed over 450-1000% better than CBD.

What does the research show?

In a study assessing the affects of inhaled THC derived from weed, subjects were given no CBD, low CBD (4mg), and high CBD (400mg) in addition. The researchers then assessed how intoxicated the subjects felt, and found that a higher dose of CBD decreased the levels of intoxication in the subjects.

Another study out of Kings College in London found a significant improvement in measurements of psychotic symptoms (medical term often associated with paranoia) when CBD was taken with THC. Six adults were given THC alone, CBD with THC, and placebo, and were found to score significantly less of measurements of psychotic symptoms from the PANSS test (positive and negative symptom scale).

CBDA has been shown to decrease anxiety symptoms in pre clinical trials. There is significant overlap between CBDA and CBD in how they interact with the endocannabinoid system. Since a lot of the effects of CBD and THC revolve around endocannabinoid processing, it makes sense that CBDA would have similar effects.

How to handle anxiety from THC

If you find that you have taken too much THC and may be experiencing anxiety and paranoia, try these interventions below:

Take some CBD and CBDA tinctures or edibles

Keep some hemp derived CBD or CBDA oil nearby in case you need to take the high from cannabis down to a manageable level. It wont stop the THC feelings, but it could help relax the mind, and reduce the anxious thoughts.

Try breathing deeply, and exhaling slowly, repeating multiple times until you calm down. Intentional deep breathing exercises have been shown to help with anxiety, and activates the parasympathetic nervous system.

Ground pepper, or crushed pepper seeds, contain potent terpenes that can relax and calm your nervous system. The terpenes, pinene and caryophyllene found in pepper, are known to interact with many different cellular receptors, inducing a calming effect.

Too much stimulation during an episode of paranoia can increase the anxiety. If possible, put on calming music, and reduce the energy in the room. Active stimulation tends to amplify the effects of paranoia episodes, so anything you can do to create a calming environment will help.

As cannabis strains have gotten very strong, higher amounts of THC in the flower, it becomes more difficult to get a moderate dose that wont have negative side effects. Studies are coming out showing that it psychologically healthier to have significant amounts of other cannabinoids, such as CBD, when consuming cannabis.

While it sounds obvious, the right dose of THC from cannabis will affect how your body responds, and the kind of feelings you get. In this 2017 study, the researchers tested the difference between 7.5mg and 12.5 mg of THC in study participants. They found that the lower dose had positive outcomes on stress relief, while the higher dose increased negative feelings.

Are you more susceptible to THC paranoia? 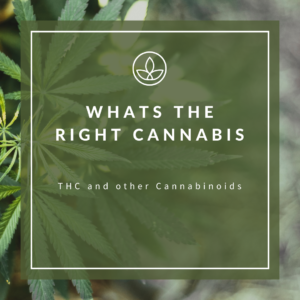 Everyone has slightly different biochemistry, so their brain will react differently to smoking or eating cannabis derived products.

If you have a history of psychosis, new evidence is starting to emerge that you should not consume cannabis with THC. This is probably one of the more comprehensive research fields in marijuana related health studies, and the data is fairly strong at this point. However, this is not true of CBDA or CBD, where some data suggests that these non psychoactive compounds may be beneficial.

A few studies have looked at male and female response differences in cannabis use. This study found that females responded to low dose THC (5mg) more than males, and at higher doses (15mg), males responded more.

Another study assessing differences in THC effects on anxiety in males and females found significant differences. Compared to males, females had higher levels of the THC metabolite and reported greater psychological effects of anxiety and nervousness.

Cannabis strains and its cannabinoids

If you are one of the many people who get anxiety from THC edibles or marijuana smoke, find a strain that has much higher CBDA or CBD levels and lower THC amounts. This may look like a 1:1 ratio or even a 4:1 ratio in the strain. You could also supplement with CBDA or CBD to help soften some of the side effects.

CBGA Oil - What to Know 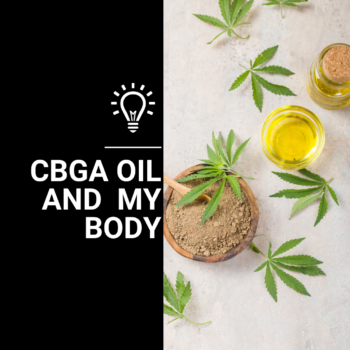 CBDA Oil - What does it do 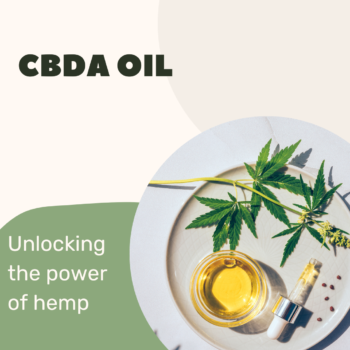