CBDA for Pain – What to know

CBDA for Pain – What to know

CBDA for Pain – What is New?

Inflammation in the joints leading to chronic pain in the hands and feet every time you wake up in the morning.

Fibromyalgia pain can be tough for doctors to diagnose, living with constant pain that you cant get prescriptions for.

Chronic pain can result from traumatic injuries, and lingering nerve damage usually has no cure.

Research on CBDA and pain relief

Many CBDA users are reporting benefits for symptoms involving pain and joint discomfort, and the science behind its effects are now being understood.

The cannabis plant has been used by many people for help with pain management. Many states and doctors recognize the important benefits of the cannabis plant as a pain reliever therapy, which was part of the reason marijuana is medically legal in many states. However, marijuana is still federally legal, and many people find that the psychoactive properties of THC interferes with their daily life.

The natural state of all cannabinoids in the hemp plant, and marijuana, are in the acidic precursor form. For example, CBDA (cannabidiolic acid) is turned into CBD (cannabidiol) during conventional purification and extraction, a process termed decarboxylation. While people used to think that the conversion of CBDA into CBD oil was necessary to “activate” the cannabinoids, recent research is showing that is not the case.

Findings from animal research and in vitro experiments are now showing that CBDA, and other acidic cannabinoids, have significant effects on the body’s endocannabinoid system and other important inflammation associated enzymes.

The raw form of hemp extract is often cited as having high CBDA amounts. But new technology developed by Natural Dos has unlocked the purification of all acidic cannabinoids and the therapeutic potential of CBDA.

Because hemp had stringent legal hurdles to overcome, often a research team would find it difficult to set up proper clinical trials, leading to less research in this space. However, this precursor to CBD is now being found to inhibit and prevent the activity of the cyclooxygenase 1 and 2 (COX 1 and COX 2).

COX 2 is a known target for pain relief management for over the counter medicine such as aspirin and ibuprofen. In a study using breast cancer cells, CBDA was found to inhibit the activity of COX 2. This study showed that at a dose of 2uM, the enzyme activity went down by 50%. Because CBDA has such a high absorption rate, that dose concentration could be achieved by a 76mg dose of full spectrum CBDA.

Follow up studies on CBDA and COX 2 found that low doses of CBDA could inhibit the production of COX 2 in MDA breast cancer cell lines. This is important because this enzyme is increased during states of inflammation that often drive symptoms of pain.

Serotonin regulation and its associated receptors, such as 5HT1A, are well studied in their role in pain management. In a rat study on neuropathic pain, activation of the 5HT1A receptor was able to significantly reduce pain.

This receptor is associated with the body’s endocannabinoid system, and is a target for CBDA. Multiple studies are now showing that CBDA through 5HT1A activation, can help regulate the serotonin levels. This opens the door for non psychoactive cannabinoids, like CBDA, to play a role in the medical cannabis space for pain management.

What is chronic pain?

Chronic pain is defined as pain that lasts for longer than three months, or beyond the expected period of healing. It can be caused by a variety of factors, including injuries, illnesses, age related degeneration, and medical conditions. Chronic pain can be a debilitating condition that can significantly impact a person’s quality of life, and often the pain medication itself can cause serious complications as well.

Symptoms of chronic pain can vary depending on the underlying cause, but may include a constant or recurring pain that can be sharp, dull, or aching in different parts of the body. Chronic pain can also be accompanied by other symptoms such as fatigue, sleep disturbances, and emotional distress.

Doctors typically diagnose chronic pain through a combination of medical history, physical examination, and diagnostic tests. They may also use pain scales and other tools to assess the severity of the pain and its impact on the patient’s daily activities.

There are many mechanisms that can cause chronic pain, including inflammation, nerve damage, and changes in the way the brain processes pain signals. In some cases, chronic pain can develop as a result of the body’s response to an initial injury or illness, even after the underlying cause has been treated. Treatments to manage pain often involves a combination of pain medication, physical therapy, and other interventions to help alleviate pain and improve the patient’s quality of life.

There have been over 36 clinical studies testing the effectiveness of SSRIs for pain medication. While a majority of the trials show positive results, a not insignificant number show no change. This type of pain treatment compound that targets serotonin receptors (5HT) suggests that in some chronic pain, the underlying cause may be in addition to or not associated with inflammation.

The suggestion that pain relief may take the form of more psychological interventions through serotonin regulation, rather than underlying damage and inflammation driven nerve activation deserves further research.

NSAIDS the pros and cons

Non-steroidal anti-inflammatory drugs (NSAIDs) are a class of medications that are commonly used to treat inflammatory pain, and are considered an anti inflammatory agent. Some examples of NSAIDs include ibuprofen and aspirin. These drugs work by blocking the production of certain chemicals termed prostaglandins by the enzymes COX 1/2 (cyclooxygenase 1 and 2) in the body that contribute to inflammation and pain.

One of the many pros of using NSAIDs to treat pain is their effectiveness at managing pain symptoms. These drugs are typically fast-acting and can provide reduce pain from a variety of conditions, including headaches, muscle and joint pain, and menstrual cramps. They are also available over-the-counter, which makes them easily accessible to most people.

However, there are also some potential cons to using NSAIDs. These drugs can cause side effects in some people, such as stomach irritation, ulcers, liver complications, and kidney problems. They can also interfere with other medications that a person may be taking, so it is important to talk to a doctor before using NSAIDs.

In addition, NSAIDs are not recommended for long-term use, as they can cause serious health problems when used over an extended period of time. These drugs can also be harmful to certain populations, such as people with a history of ulcers or kidney disease, pregnant women, and people with weakened immune systems which can lead to opportunistic infections with chronic NSAID use.

Opioids and their complications

Opioids are a type of medication that are commonly prescribed for pain management. They work by binding to opioid receptors in the brain and spinal cord, which can help to reduce the perception of pain and increase feelings of pleasure and relaxation. Opioids can be prescribed for the management of acute pain, such as after surgery or injury, or for the management of chronic pain conditions such as cancer or arthritis.

Opioids are critical for acute pain management, and should be considered with medical supervision. Unfortunately, with the opioid epidemic, a lot of physicians are reluctant to prescribe, even when needed.

There are several complications associated with the use of opioid medications, such as constipation. One of the most significant risks is the potential for addiction and dependence. Opioids can be highly addictive, and long-term use can lead to physical dependence on the medication. This can result in withdrawal symptoms when the medication is stopped, and an increase in tolerance requiring higher amounts to get an effect.

Another complication of opioid use is the risk of overdose. Opioids can depress the respiratory system and, in high doses, can cause breathing to slow or stop altogether, leading to coma and potentially death. According to a report published by the CDC, opioid overdose deaths have been on the rise in recent years, with more over 70,000 overdose deaths occurring in the United States in 2021 alone. This is likely caused, in part, by the increasing amounts of fentanyl that is being introduced into many different illegal drugs.

In addition to the risks of addiction and overdose, long-term use of opioids can also lead to other complications such as constipation, nausea, and dizziness. It is important for individuals taking opioid medications to be closely monitored by a healthcare provider to ensure that the benefits of the medication outweigh the potential risks. Regular follow-up visits with a healthcare provider can help to identify and address any potential complications that may arise from the use of opioid medications.

The therapeutic potential of many new drugs are often discovered by plant use first. While CBDA may have strong indications for anti inflammatory and pain medication, more research is needed. Based on the current CBD research, there may be drug-drug interactions, so if you are on multiple medications, speak with your health care provider before trying.

Does hemp oil help with stress 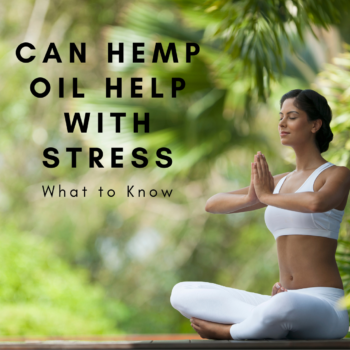 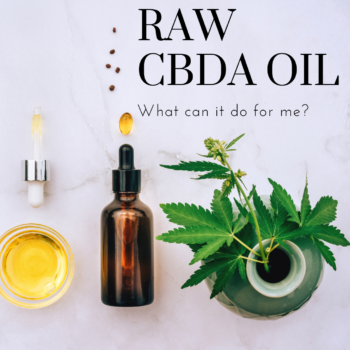