You may have already heard about CBDA (cannabidiolic acid) and its benefits, but there are many more minor acidic cannabinoids that are in the hemp plant. In this article, learn about CBDVA, a unique, naturally occurring acidic cannabinoid found in the cannabis plant.

What are the current and future potential uses for this CBDVA?

Like all cannabinoids, cannabidivarinic acid CBVDA is the starting compound for its decarboxylated form, cannabidivarin (CBDV). The most common cannabinoid in hemp is CBDA, but the other minor cannabinoids can vary in amount depending on the strain and growing conditions. In fact, CBDV has a very similar structure to its chemical cousin CBD (cannabidiol).

While all cannabinoids start out in the acidic form, they all come from one of two closely related common ancestors, CBGA (cannabigerolic acid) or CBGVA (cannabigerovarinic acid). CBGA is well known since it is directly converted by multiple synthase enzymes into THCA (tetrahydrocannabinolic acid), CBDA, or CBCA (cannabichromenic acid).

CBGA and CBDVA are referred to as the “stem cells” of the cannabinoids, since they are used to produce all the other cannabinoids.

Chemically, the synthesis difference between the starting compounds CBGVA and CBGA is the use of divarinolic acid and olivetolic acid when the compounds are created. Interestingly, the same enzyme synthesizes both CBGVA and CBGA, indicating that the difference in amount of the divarinolic and olivetolic acid inside the plant cells determines what is produced.

Like all other “varin” cannabinoids, CBDVA inherits the short, 3 carbon side chain unique to this class of hemp compounds.

To understand how CBDV and other decarboxylated cannabinoids are derived, lets take a look at the acidic cannabinoids. The common structure for the acidic form is the presence of a carboxylic group, which consist of 2 oxygens, a carbon, and a hydrogen. For example, see below for the difference between CBDVA and CBDV, which shows the loss of a carboxylic acid on the right side of the molecule:

Background of CBDVA and acidic cannabinoids

Almost all of the cannabinoids found in cannabis sativa, or other hemp plants, are in the acid forms, such as cannabidiolic acid or cannabidivarinic acid. The carboxylated compounds are natural products and synthesized mostly in the flower and trichromes of cannabis plants. The cannabis sativa plants can have over 100 different cannabinoids.

Why have I not seen CBDVA or other acidic cannabinoids?

The acidic cannabinoid product has been missing from the market for a number of reasons:

While some hemp plants contain more CBDVA than other strains, it still remains somewhat of a minor cannabinoid. It can be difficult to find a tincture or product with high acidic cannabinoids and CBDVA but there are a few, such as Natural Dos tinctures.

Similar to many minor cannabinoids, cannabidivarinic acid CBDVA has only a limited amount of research and preclinical studies assessing its potential health benefits.

Similar to CBDA, which has over 500-1000% better absorption than CBD, CBDVA also shows significant absorption properties. A recent study in mice, which looked at the ability of acidic cannabinoids like cannabidivarinic acid to be absorbed, found that CBDVA was able to reach a maximum plasma concentration in the low microgram per milliliter (11-26) range.

This enhanced absorption of CBDVA should be compared to a normal range for decarboxylated forms that are almost 100 times lower in the 10-100 nanogram per milliliter range. This has significant implications for its health benefits, since you have to take substances at much higher doses if their absorption is low.

With the success of CBD in treatment of refractory epileptic patients, similar cannabinoids are being tested for their potential use. CBDVA, was recently tested in in vitro for its potential actions on calcium channels, a ubiquitous class of membrane proteins that control nerve cell excitability. Using certified reference material for validation, these studies found that both CBGVA and CBDVA could inhibit a T subclass of calcium channels preventing abnormal excitation of neurons.

CBDVA as a precursor to CBDV

It is difficult to find CBDVA only products, or products with high amounts of CBDVA for consumption. The CBDVA testing methods show that it can be easily decarboxylated, and thus lose its rapid absorption properties that make acidic cannabinoids so potent.

However, CBDV itself has some significant health properties that have been reported.

Similar to CBDVA, CBDV also showed significant benefit in improving outcomes in epileptic models. CBDV was found to decrease seizures in multiple models using mice and rats, and was also seen to be additive when used in combination with CBD.

One of the receptors involved in the endocannabinoid system is TRPV1, an important Ca+ channel implicated in Duchenne muscular dystrophy (DMD), a genetic disease that causes muscle wasting. The effect of CBDV and CBD on muscle cells from DMD patients were tested, and found to increase muscle growth and expansion.

Rett syndrome is a genetic disease characterized by behavioral alterations and slow brain atrophy. Recent identification of a novel endocannabinoid receptor (GPR55) that is associated with the disease led scientists to test if CBDV could improve outcomes in a model of Rett syndrome.

Using intraperitoneal administration of CBDV, researchers found that brain atrophy was improved, as was motor skills in a mouse model of this disease. Activation of GPR55 associated pathways was implicated since this protein was found to be increased in the brain after CBDV therapy.

How to find find the best CBDVA

When looking for top hemp products with CBDVA, it will be difficult to find, since the products typically only have CBDV, and at low quantities. Many companies are working on cloning hemp strains that have a suitable amount of CBDVA, but these are not ready to be on the market yet.

You may find products with CBDV instead, but be sure to check the Certificate of Analysis by a reputable third party testing lab. See our CoA guide for assistance in how to interpret the testing results.

Natural Dos has isolated all the acidic cannabinoids from the hemp plant, and this includes CBDVA. However, since the current plants do not produce high amounts of CBDVA, there is only a small amount of it present in our products. 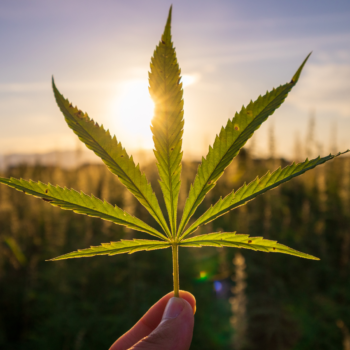 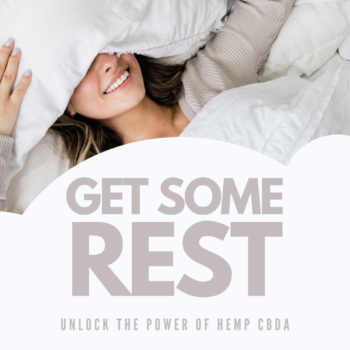