THCA vs CBDA what to know

THCA vs CBDA what to know

Acidic cannabinoids are gaining attention in the medical cannabis space for their unique therapeutic benefits, and one specific property: superior absorption!

The acidic forms, such as THCA and CBDA, have between 500-1000% better absorption!

What does this mean?

What are cannabinoid acids

The cannabis plant genus, which encompasses both the marijuana plant and hemp plant, is widely known for its medical benefits. Many consumers and researchers point to the high levels of cannabinoids as the critical chemical compounds that provide a range of benefits to the human body.

While all cannabis plant species produce both CBDA and THCA, the hemp plant primarily produces CBDA, while the marijuana plant is mostly THCA.

What defines the acid forms of cannabinoids? The presence of a carboxylic acid (chemically depicted as a “-COOH”) on the cannabinoid. This 4 atom structure is a common chemical motif in most naturally occurring biological compounds.

This small difference can have extreme effects on many different properties of the cannabinoids. In the case of CBDA and THCA, the absorption properties are drastically enhanced, allowing greater medical benefits at lower doses.

There are many different strains of the cannabis plant, some for growing fiber, and some for producing high levels of THCA, or CBDA or even CBGA.

As the cannabis industry grows, and more research is conducted on other cannabinoids, new strains specific for certain minor cannabinoid acids are bred to high yielding clones.

THCA and CBDA: medical benefits and the research

Most cannabinoids that have undergone pre clinical and clinical research are either CBD or THC, the post-decarboxylated forms of CBDA and THCA. However, what is the state of the research for the cannabinoid acids, and where is it heading?

Acidic forms have recently been found to have amazing absorption properties, well beyond that of their neutral counterparts. The carboxylic acid appears to drive over 500% enhanced absorption when comparing CBDA and THCA to CBD and THC respectively.

Why is this important?

Much of the literature on clinical trials assessing the health benefits of CBD have found significant outcomes, but often only with higher doses. For example, in this study they used 600mg of CBD to help treat social anxiety disorder, with good outcomes. However, these amount make it difficult for the average consumer to get enough of a dose at a reasonable cost.

COX 2 is one of the main targets for many NSAIDs (non steroidal anti inflammatory drugs), such as aspirin and ibuprofen.

CBDA has now been shown to be not only an inhibitor of COX 2, but a repressor of COX 2 production. In multiple studies of cancer cells, CBDA was able to decrease activity of COX 2 through direct inactivation and genetic repression via multiple transcription factors.

It appears that one of the primary mechanisms by which CBDA may reduce inflammation is through the COX 2 pathway.

The cannabis sativa plant has been historically used for hundreds and maybe thousands of years to help treat symptoms of pain. There are now multiple multiple lines of research showing how cannabinoid acids are able to help with pain relief.

While we mentioned COX 2 above, CBDA is now known to activate the TRPV1 (transient receptor potential cation channel subfamily V member 1) channels in the nervous system. These cell surface receptors are hypothesized to send pain signals through the central nervous system.

The endocannabinoid system has many different associated receptors, outside of the classical CB1 and CB2 cannabinoid receptors. This includes the 5HT1A serotonin receptor, a classical target of SSRIs (selective serotonin reuptake inhibitors), a class of drugs used to treat depression in patients.

Recently, multiple studies have shown that CBDA is a potent activator of 5HT1A, and may be responsible for its ability to help modulate mood. Many pre clinical studies show significant improvement in stress and anxiety with CBDA administration.

THCA vs CBDA: what’s the difference

Besides being chemically different, there are substantial differences in their effects on the body’s endocannabinoid system. CBDA appears to have significant therapeutic benefits on COX 2 and other inflammatory pathways.

While many consumers originally thought that CBDA needed to be converted to CBD to be activated, this has proven not to be true, and may actually be the opposite. These two compounds do not have psychoactive effects and enjoy a low number of side effects and complications.

Not as much is known about the potential benefits of THCA oil itself, it has mostly been relegated as the precursor to active THC since THCA is non psychoactive. There are a few studies on the therapeutic potential of THCA for nausea in pre clinical studies, but more research is needed.

If you do buy THCA oil, be aware that it can decarboxylate into the psychoactive delta 9 THC form over time if exposed to sunlight or heat.

How the acidic form converts to neutral cannabinoids

This process occurs most during conventional extraction and purification of hemp oil. It can also occur slowly when the raw cannabis plant is drying after harvest, since the heating process is slow and low.

Part of the reason you have not seen high quality CBDA and THCA products is that conventional purification processes use heat to purify the cannabinoids, thus losing all the acidic forms.

Natural Dos has recently developed a new, heat free technology that unlocks the power of hemp by isolating the acidic cannabinoids.

How to buy high quality CBDA and THCA

Products with acidic cannabinoids are still not common due to the difficulty of purifying CBDA and THCA without decarboxylation. Often you may see a product advertised as raw cannabis, or raw cannabis extract, and these are typically products derived from an extraction using low to moderate pressure plates to squeeze out some of the cannabinoids.

When shopping for quality CBDA and THCA companies, beware that many companies and sellers do not make their own product, but instead rely on other manufacturers to make their cannabinoids.

Any high quality CBDA and THCA oil should have been tested by a third party testing laboratory for potency and purity. These cannabis products should be tested for the potency of CBDA oil and the heavy metal, pesticide, solvent, and microbial amounts.

If you are not familiar with how to read a testing report, please see our CBD and CBDA CoA guide. 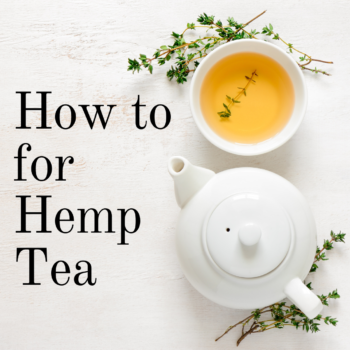 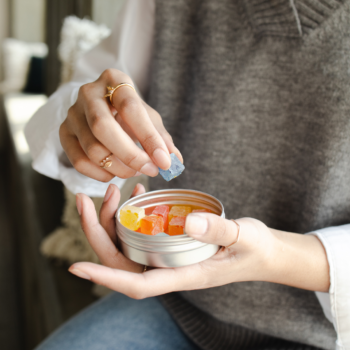